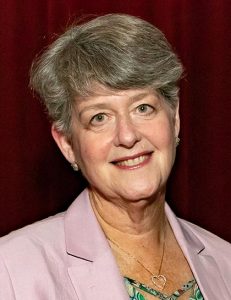 Barbara Hislop (Barbie) worked at Canfor Corporation for 29 years including as senior Vice President. She was responsible for all the logging, lumber production in North America, marketing of lumber and panels throughout North America, Asia and Europe. Barbie was also President of a new applied North American software company for 4 years growing it to a profitable business before selling it.

Barbie left the corporate world to become the Executive Director of Variety – the Children’s Charity of British Columbia in pursuit of her passion for children. In this position, she grew the grants given from 300 to over 1200 annually thereby helping so many more children. Because of her experience at Variety in BC she saw the tremendous impact Variety had on the children, the families, and the community.

Retiring and moving to the UK, Barbie joined the Board of Directors for Variety – the Children’s Charity International and was elected to the President’s position May 2015-2017.

As a graduate of the Institute of Corporate Governance College, Directors Education Program and has extensive board experience in Canada.

Barbie has been recognized for her outstanding community service: