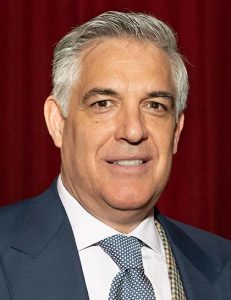 Raffaele is the President of Les Cinemas Cine Entreprise which is Canada’s fourth largest motion picture exhibitor and Quebec’s third. It is not only a family business, but also has family values for both its employees (teammates) and especially its patrons (valued guests).

Raffaele’s corporate culture has rewarded all his teammates with an instant gratification of entertaining people and had created the need to help more people smile and especially children less fortunate and in difficulty.

Raffaele’s contributions were recognized with a Jutra for Best Exhibitor in Quebec and Coup Chapeau from Cine-Quebec. He also received a national award from the Canadian Picture Pioneer for his distinguished contributions to the industry.